The Pros & Cons of Social Isolation 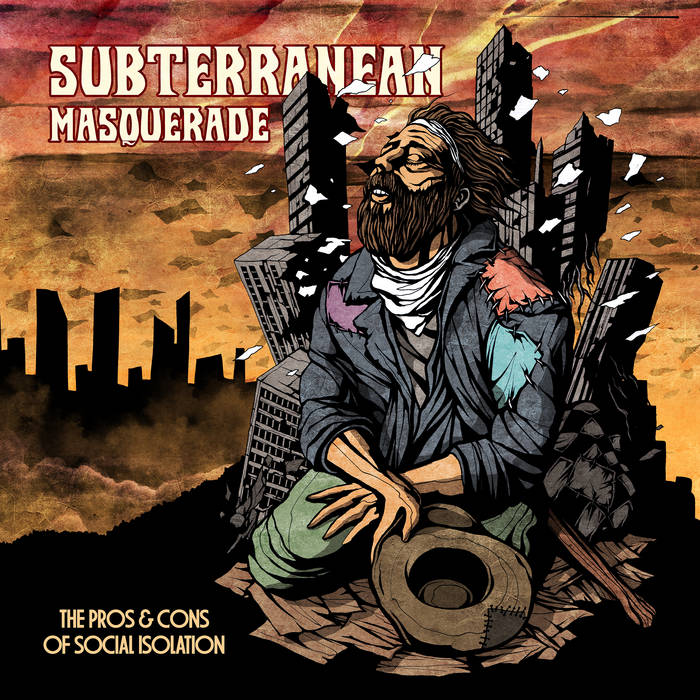 2020.
The world is shut.
Covid -19 had took over the globe and with it, the concerts industry was terribly hit.
Festivals and tours were cancelled and the metal community is now facing a time never known to man before.


As part of the world's pandemic, governments has taken extreme measures to eradicate the virus. One of the solutions was lock down and social isolation - as many other artists, Subterranean Masquerade werr forced to cancel all of their shows, and entered quarantine. Unable to fulfil their need for musical expression, and under home devices guerrilla conditions started to recompose chosen tracks from the band's back catalogue.

There was only one rule - no filters. Make it as raw as possible, as impulsive as possible - throw in the first musical association you have and commit to it.
Each of the members contributed to this musical game of creativity their own flavour. The idea was to risk it, take a real chance, and when a track was done -sacrifice it the gods of the internet - our fans♡

The pros and cons of social isolation is a multi genre result, adventurous and intense, an immediate response to coivd 19 and one hell of a ride. It's bloody - from guts to guts, and heart to heart , we dedicate this album to the free souls out there, whom, despite the pandemic, keeps art and culture going.

Bandcamp Daily  your guide to the world of Bandcamp